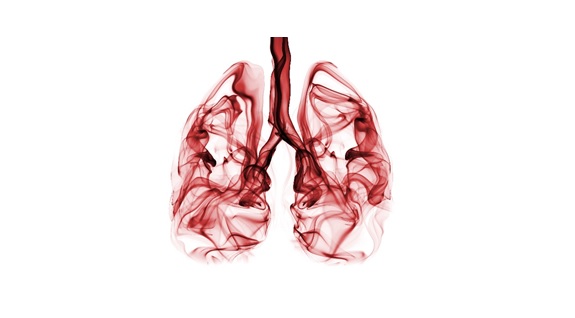 A group of respiratory medical experts are calling for lung cancer in those who have never smoked to be more readily acknowledged as a problem.

Summarising their findings, the report says:

Lung cancer in people who have never smoked is more common than most people think, and on the rise. Historically strong, and correct, messaging on smoking and lung cancer has inadvertently contributed to lung cancer receiving much less attention than breast, prostate and ovarian cancers. Increasing awareness could help lead to earlier diagnosis, reduce the blame culture around lung cancer and re-balance research funding.

It’s estimated that as many as 6,000 non-smokers in the UK die of lung cancer every year. Significantly more than the number of people who die from cervical cancer (900), ovarian cancer (4,200), leukaemia (4,500) and lymphoma (5,200). In fact, non-smoker lung cancer is so common (and dangerous), that if it were to be counted as a unique type of cancer, it would be the eighth most common cause of cancer related deaths in the UK.

Despite being so common, because lung cancer has been so keenly associated with smoking it is under recognized, under diagnosed and underfunded.

Lead author, Professor Paul Cosford, Director for Health Protection & Medical Director, Public Health England, said: “For too long having lung cancer has only been thought of as a smoking related disease. This remains an important association but, as this this work shows, the scale of the challenge means there is a need to raise awareness with clinicians and policy makers of the other risk factors including indoor and outdoor air pollution.

“The stigma of smoking has been the major factor behind the lack of interest in, knowledge of and research into lung cancer. Therefore, in many ways, never-smokers who develop lung cancer are, as a result, disadvantaged.

“Drawing attention to the contribution of underlying risk factors to lung cancer in never-smokers presents opportunities to reinforce efforts to tackle other major public health challenges. For example, the impact of passive smoking and air pollution on lung cancers adds weight to the government’s ambitions to improve air quality and the public, clinicians and policy makers must all be aware of this relationship.”

One potential cause of lung cancer in smokers and non-smokers alike is the inhalation of hazardous substances, such as asbestos.

Despite being outlawed in the UK 20 years ago, as it was such a common building product throughout most of the 20th Century it is still prevalent across the country. In fact, it’s estimated that asbestos is in 1.5 million buildings across the UK, including almost all hospitals and over 75% of schools. Walls, ceilings, floors, fuse boxes, bath panels, windows, insulation and more are all possible locations asbestos could be harboring.

When appropriate, RPE should be worn.

For more information please get in touch on info@fullsupporthealthcare.com / 01933 672180 or use our contact from and one of our experts will get back to you.