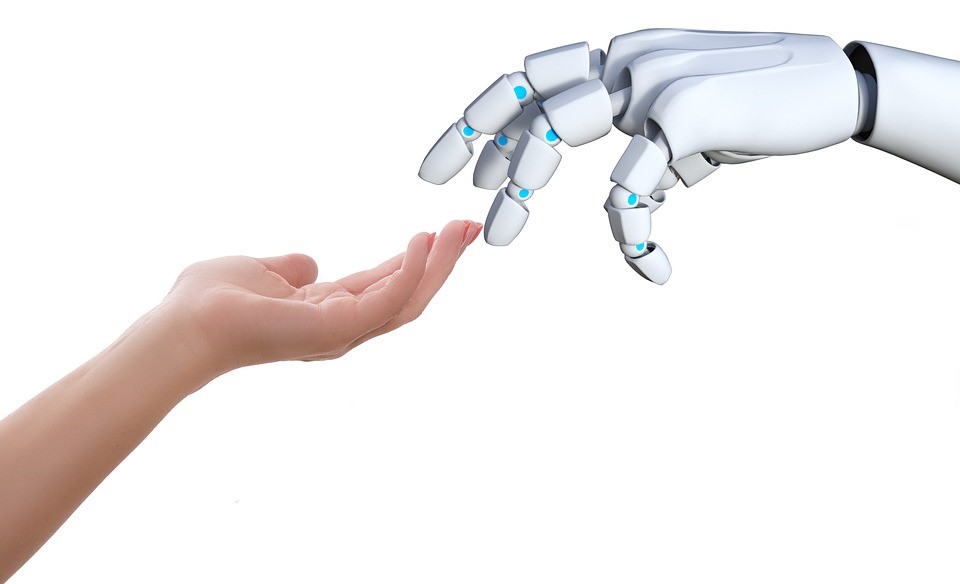 Every few years new research is released claiming that x number of jobs will be taken over by robots – automated Artificial Intelligence (AI).

In 2013, a study by Oxford University forecasted that as many as 35% of jobs in the UK were at “high risk” of being automated by the year 2033. While a more recent study puts this figure at 20% across the UK, it is likely to vary drastically by sector, county and country. Northern Ireland, for example, could see as many as 50% of jobs overtaken by automated AI.

While that figure seems to fluctuate year on year, there is no doubt that with the advancement of technology the way we work has changed and will continue to do so.

In this week’s blog post we explore some of the potential positive and negative repercussions of automated systems on how we work and the impact it could have on our health & safety.

Labelled by some as ‘disruptive technology’ (a term coined by Harvard Business School Professor Clayton M. Christensen in 1997), it’s thought by many that recent and near-future advancements – such as 3d printing, chat bots and automated robots – will majorly disrupt not just the way we work, but whether we work at all. Rather than making tasks easier or more efficient for the worker, it’s possible that AI could replace the worker completely.

Research by accountancy giant PwC, shared by the BBC, predicts that the rise of AI will see a significant drop in employment for many industry sectors, such as Construction, Transportation and Manufacturing. 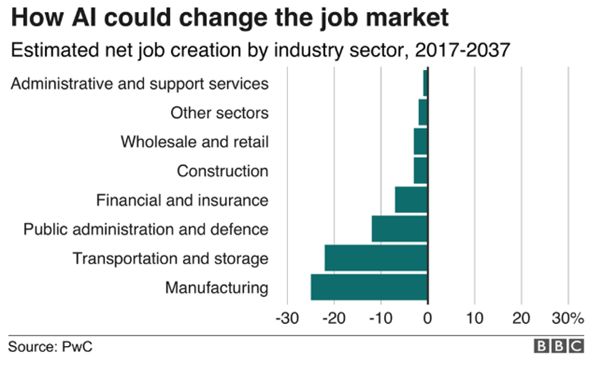 Though other studies, suggest that as much as 50% of jobs could be at risk – depending on the sector, county and country.

But the rise of the robot workforce does not have to be all doom-and-gloom.

Perhaps one of the greatest benefits of an automated workforce can be seen in the impact it could have to health and safety.

In the UK alone, it is estimated that there are 18,000 new cases of work-related respiratory diseases every year.

With the increased awareness of respiratory hazards, better use of RPE and the development of AI it’s our hope that this appalling figure will drop and drop.

Going back to the PwC analysis from earlier – while some industries will likely see a decrease in job creation, some fields are predicted to grow.

Expectedly more jobs and money will be put into science and technology as machinery and AI develop; but perhaps surprisingly there will be a marked increase in the need for jobs in the health sector.

In an interview with the BBC, a leading robotic process automation specialist, Ian Barkin, said: “This is an evolution […] the type of work we do will change.”

“[AI] doesn’t have to lead to a culling of staff, it can empower them and unleash their creativity. It’s freeing them from doing the unproductive stuff.”

Theorising about what jobs may or may not be taken over by machines is all well and good, but what can we do about it?

Adapt and change and develop

Through learning new skills and being able to adapt to new working environments, we can be ready for when certain tasks are taken over by machines – as we’ll have other skills and specialisms to draw on.

While it’s clear that nearly all jobs will be significantly impacted in some ways, many new roles that don’t currently exist will be created too; as was the case with the rise of other disruptive technologies such as social media, the telephone and the automobile.

Here at Full Support, we value the importance of learning new skills and continued professional development.