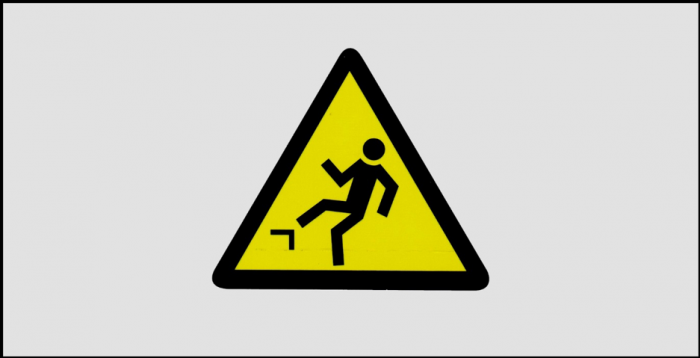 A recent poll of 2,000 workers was taken to uncover Britain’s most debated health and safety policies.

While some of the regulations seem pretty reasonable, mandatory even in many industries [open toed sandals on a building site anyone?]; if you’re office based a few could be considered a little… extreme.

Following the results of the poll, Geoffrey Dennis, Chief Executive of SPANA who sponsored the survey, said: “It’s clear some workers feel that health and safety rules in the workplace have gone too far – and there are certainly a few strange policies.

“It’s positive, however, that employers are taking the physical well-being of their staff seriously and there are protections in place to keep them safe.”

The study also revealed that around 4 in 10 people were happy to break the rules in their workplace if they thought them unnecessary or excessive. A further 14% of those questioned even admitted that they considered looking elsewhere for work due to disproportionate health and safety rules.

Geoffrey Dennis added: “Health and safety rules that are deemed over-the-top can cause frustration for employees. However, most people in the UK recognise that these policies are there for a reason – and over three-quarters think that we are lucky to have health and safety regulations as workers.

”Ultimately, everyone wants to go home safely at the end of the day, whether that’s from an office or a building site.”

Perhaps what’s more telling about the survey however, is how many of these rules must have come from someone being hurt doing them in the first place.  It gets you wondering; how many people were poisoned before ‘No sharing food from home’ needed to become official company policy?

However, not every health and safety policy is a laughing matter.

In the UK alone, it is estimated that around 12,000 people die every year due to past exposure to respiratory hazards in the workplace.

Fit Testing tight-fitting Respiratory Protective Equipment (RPE) before first use in the workplace is a legal requirement.

For more information on RPE and how we can help your workforce stay safe in potential respiratory hazardous environments get in touch.

Any cookies that may not be particularly necessary for the website to function and is used specifically to collect user personal data via analytics, ads, other embedded contents are termed as non-necessary cookies. It is mandatory to procure user consent prior to running these cookies on your website.