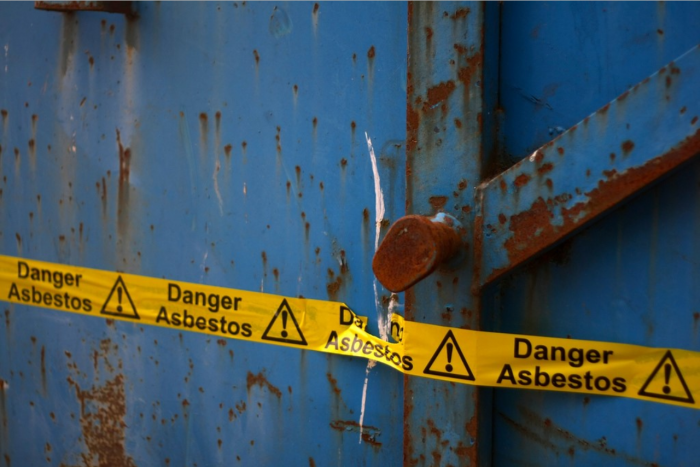 Despite the dangers of asbestos being relatively well-known in the UK, yet another construction company has been fined this month for carrying out unlicensed work with asbestos.

But if the dangers are really that well known, why are people still being tempted to carry out unlicensed work?

Are asbestos fines just a case of red tape Britain? Or are the dangers not as well known as you might think?

“When materials that contain asbestos are disturbed or damaged, fibres are released into the air. When these fibres are inhaled they can cause serious diseases. These diseases will not affect you immediately; they often take a long time to develop, but once diagnosed, it is often too late to do anything. This is why it is important that you protect yourself now.” Health and Safety Executive.

Exposure to asbestos can cause:

Mesothelioma
A cancer that develops from the thin layer of tissue that covers many of the internal organs, particularly of the lungs.

Lung cancer
Characterised by uncontrolled cell growth in the lungs, lung cancer is one of the most serious types of cancers – leading to an estimated 154,000 deaths in the US last year alone.

Pleural thickening
Scarring on the lungs can lead to calcification and/or thickening of the lung lining (pleura) causing symptoms such as shortness of breath, chest pain and exhaustion.

Even if your asbestos-related disease is not fatal, it can be severely debilitating and substantially alter your quality of life.

With around half of all buildings in the UK containing asbestos, it is almost impossible to escape.

But if left dormant, asbestos is no threat, as it is only a danger when its fibres are made airborne and breathed in.

So even if you do live in a house that has an asbestos ceiling, or work in an office with asbestos panelling or go to school with asbestos walls – if left undisturbed – it should pose you no threat.

However, what counts as ‘disturbed’ is up for debate.

A 2012 All-Party Parliamentary Group on Occupational Health and Safety report (Asbestos in schools: The need for action) found that reasonably mundane activities such as removing books from cupboards or pinning pictures to walls can disturb asbestos materials – releasing deadly particles one-hundred times greater than were found in the ambient background levels.

Through little but frequent exposures like this, it is thought that more than 267 teachers have died due to asbestos-related conditions.

As exposure to asbestos does not cause immediate ill-health or death, and is so prevalent in the UK, it could be tempting to ignore the regulations for a quick fix.

However, even a small amount of exposure could lead to devastating effects later in life.

Asbestos should only ever be handled by people who are properly trained and have the right equipment, including: overalls, gloves, footwear and RPE.

For RPE suitable to deal with asbestos, please visit our products page.

If you are ever in any doubt about asbestos please contact the HSE, a local licensed contractor or get in touch.