Is burning the toast really that bad for you? 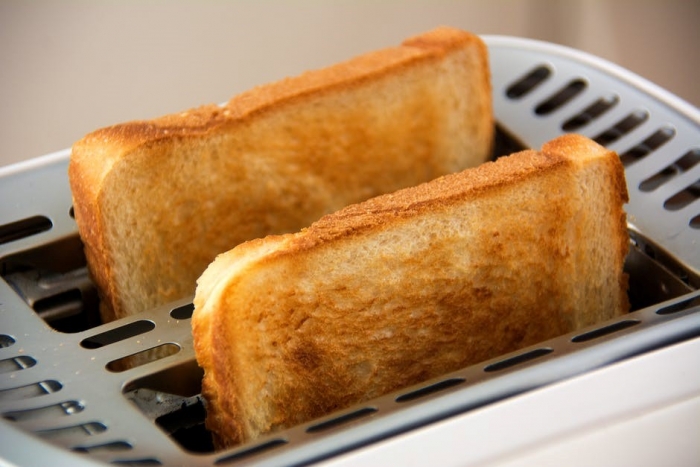 New research revealed this month that every-day tasks such as toasting bread or cooking a roast can expose your lungs to more hazardous particles than the busy streets of Delhi or Kanpur – two of the most polluted cities in the world.

But in a world of ‘fake news’ and media scaremongering, is that really true? And if it is, should we be worried?

Every other week a new news story is released about the sorry state of fresh air (or lack of!) in the UK; including a recent revelation that around 2,000 locations in the UK are over the World Health Organisation (WHO)’s recommended safe limits. However, most studies focus on pollution outside, caused by diesel fumes, or workplace activities – such as welding or asbestos handling.

This new research, on the other-hand, focused solely on potential hazards in the home, to see how everyday life could be affecting us too.

The findings come from a study by the University of Texas, Austin, where researchers built a ‘typical’ three-bedroom home and kitted it out with numerous particle monitors to assess how the inside air quality was affected by different everyday activities, such as cooking and cleaning.

They found that toasting in a toaster, for example, released as many as 3000 micrograms of particles per cubic metre (µg/m3) into the air – some 120 times the recommended safe limit of 25 outlined by WHO.

With this revelation, should we stop cooking?

As we’ve seen with cars; even when people are aware of the detrimental impact on air quality our actions have, people rarely change. Similarly, I don’t imagine we’ll see many people trading in their toasters following the news.

There are, however, a few easy steps you can take to help reduce the amount of harmful micro particles you breathe in.

It’s estimated that each year around 36,000 deaths in the UK can be attributed to air pollution and a further 12,000 deaths are caused by occupational respiratory hazard exposure, such as silica and work-related asthma.

While reducing exposure limits and introducing extraction procedures can help limit the number of particles we breathe in – in some situations it simply is not enough.

When Respiratory Protective Equipment (RPE) is required, it’s important to understand the type and severity of respiratory hazard you are faced with so that you can select a respirator that is both adequate and suitable.

Then our RPE Experts are here to help. Offering free RPE consultations and advice, simply get in touch: