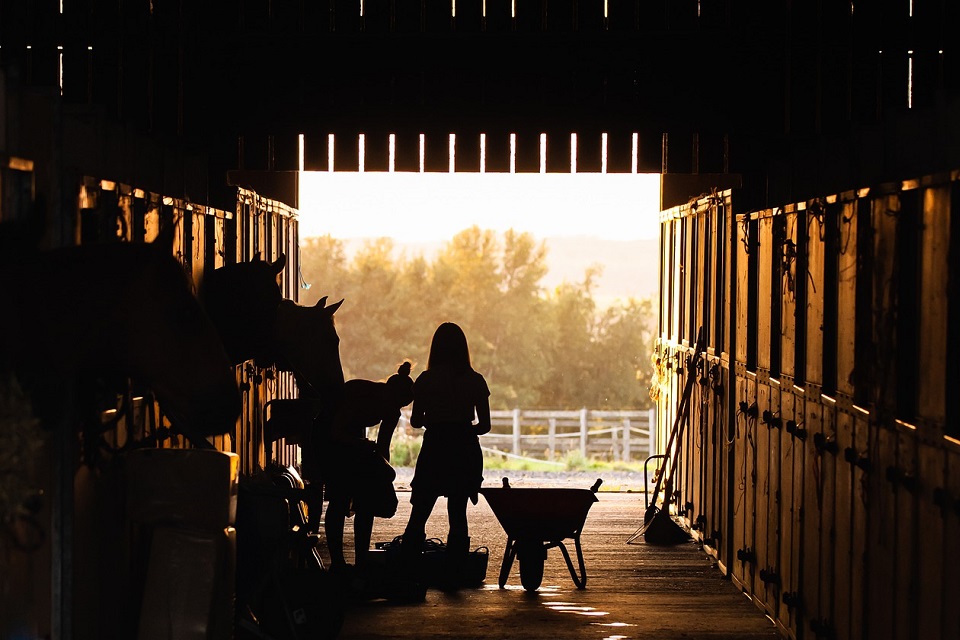 A new study published in the International Journal of Environmental Research and Public Health has explored the potential occupational exposure risk for equestrian workers training and exercising horses.

It is well documented that several equestrian worker tasks can produce plumes of dust, with previous studies having shown that employees tend to be at a higher risk of respiratory conditions, such as bronchitis and organic dust toxic syndrome, as a result.

However, in addition to the dusty environments caused by handling animal feed and bedding materials, this new study highlights the potential exposure of equestrian workers to hazardous levels of respirable crystalline silica (RCS) – which has can contribute to a range of potentially fatal respiratory diseases, including silicosis and lung cancer.

The researchers studied a small-medium sized Irish equestrian centre, stabling around 30 horses for training and a further 15 for riding lessons across one 6,000 m2 indoor arena and two 10,000 m2 outdoor arenas – each surfaced with a mixture of sand and shredded carpet.

Breathing zone particle samples were collected over 16 full work shifts between June-August 2018 through a personal sampling pump to accurately replicate the employee’s exposure.

While the RCS exposure levels were less than the EU Carcinogens and Mutagens Directive maximum exposure level of 0.1 mg m−3, on several occasions the worker monitored was exposed to levels higher than the US NIOSH recommended exposure limit of 0.05 mg m−3. A correlation between watering and lower levels of RCS was also shown, leading the authors to recommend automated watering systems be fitted to minimise risk.

Kathleen Bulfin, lead author of the study, added: “Given that occupational cancer is the leading cause of work-related deaths in the EU, further research is required to characterise respirable crystalline silica exposures and other potential airborne hazards created as a result of the use of different footing materials and additives including, for example, recycled textiles and synthetic carpets in equestrian arenas.”

Evidence based studies such as this are essential to help raise awareness of the dangers of dust in the workplace.

While this study looked at an equestrian’s exposure while undertaking regular work activities – several occasional tasks, such as laying flooring or bedding can produce significantly higher levels of RCS and general respiratory dust.

For more information on respiratory hazards get in touch with our RPE experts today for your free consultation.