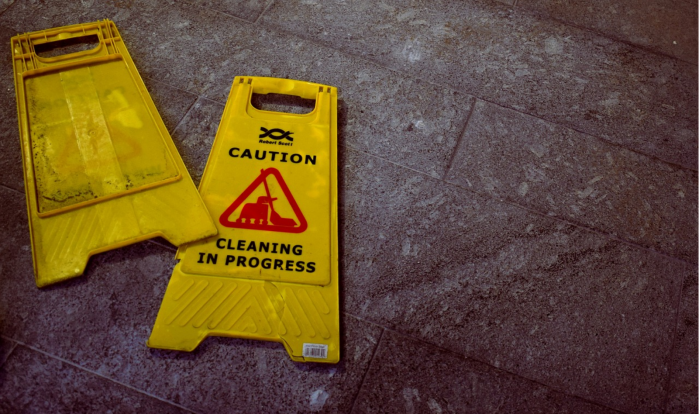 A recent study published in the American Thoracic Society’s American Journal of Respiratory and Critical Care Medicine reveals that people who work as cleaners, and those that regularly use cleaning agents at home, appear to experience an accelerated decline in lung functionality over time comparable to smoking.

In a study tilted Cleaning at home and at work in relation to lung function decline and airway obstruction, researchers at the University of Bergen, Norway, followed 6,235 participants over an extended period of more than 20 years, studying their cleaning habits and the state of their lungs.

Previous studies had shown that exposure to some chemical agents can cause harmful effects to people’s respiratory systems, including an increased risk of asthma and other respiratory conditions; however, the long-term effects of exposure to cleaning chemicals has had little prior scientific investigation.

Through the study, they found that compared to those who did not clean:

Although the study looked at both men and women, interestingly men were not seen to experience any noticeable accelerated decline. The researchers suggest this could be due to a number of reasons:

a) the low number of men who identified themselves as being an occupational cleaner,

b) a likelihood that non-cleaner participants may have been exposed to equal or more harmful respiratory hazards through industrial, construction or agricultural roles, or

c) the possibility that women may have a lower tolerance threshold to exposure needed to develop illness, as has been reported for tobacco smoke and wood dust.

The study also found that prolonged exposure to cleaning chemicals over the 20-year study saw a similar accelerated decline in lung functionality as would be expected from 10-20 years of smoking.

“That level of lung impairment was surprising at first,” said lead study author Øistein Svanes, a doctoral student also at the Department for Clinical Science. “However, when you think of inhaling small particles from cleaning agents that are meant for cleaning the floor and not your lungs, maybe it is not so surprising.”

“The take home message of this study is that in the long run cleaning chemicals will very likely cause substantial damage to your lungs.”

So is the answer to hand in the towel and commit ourselves to a life of grime?
The author of the study almost says as much – “These chemicals are usually unnecessary; microfiber cloths and water are more than enough for most purposes.”

However, for many of us – especially those in the cleaning industry – that simply isn’t a viable solution.

No, instead, we suggest greater awareness of the short and long-term effects of respiratory hazards needs to be had and better precautions need to be taken to minimise exposure.

Whether this involves following the manufacturer’s guidance on ventilating rooms, taking more frequent breaks, wearing RPE (respiratory protective equipment) or a mixture of all three; if we want to live healthy lives, we need to better look after our lungs.

For more information about respiratory health, please contact one of our RPE Experts on 01933 672180.