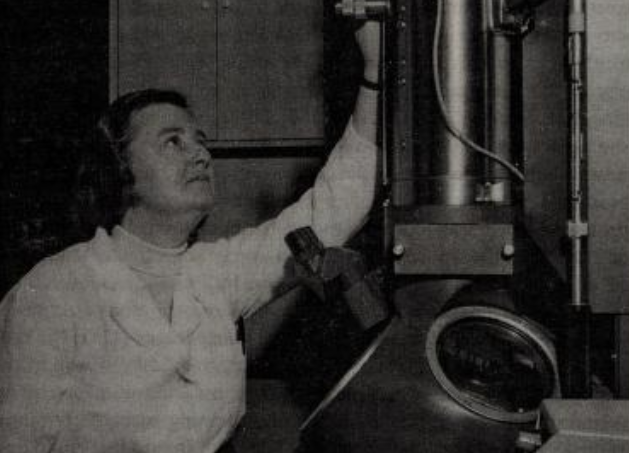 Whether deliberate or unconscious, bias makes it difficult for women to move ahead. Knowing that bias exists isn’t enough. Campaigns like #InternationalWomensDay seek to create a world that’s diverse, equitable, and inclusive. A world where difference is valued and celebrated. Together we can forge women’s equality. Collectively we can all #BreakTheBias.

To mark this day, we wanted to share the story of one inspirational woman: June Almeida – the person who discovered the first human coronavirus.

The daughter of a bus driver, June Almeida was born in 1930, Glasgow. Leaving school at 16, June had very few qualifications, but secured a job working as a laboratory technician in the histopathology department at Glasgow Royal Infirmary.

After getting married, having a child and moving to London, the young family moved again to Toronto, Canada, where June would develop her skills using an electron microscope and go on to pioneer a new method which visualised viruses through using antibodies.

The family once again moved back to London in 1964, where June started working at St Thomas’ Hospital Medical School. It was there that she began to collaborate with a Dr David Tyrrell, who was studying nasal swabs for the common cold. One particular sample of a boarding school pupil in Surrey yielded unusual results, so David sent across samples to June for inspection.

Using her new method of electron microscope inspection, June identified what was to become known as the first human coronavirus.

David, June and Professor Tony Waterson – the man in charge of St Thomas’ at the time – decided on the name ‘coronavirus’ due to the crown like pattern surrounding the virus.

Despite her findings, her initial journal article was rejected as the peers though that her images “were just bad pictures of influenza virus particles”. The Journal of General Virology however picked up the article two years later.

June continued working in the field and would later be awarded a doctorate at the Postgraduate Medical School in London.